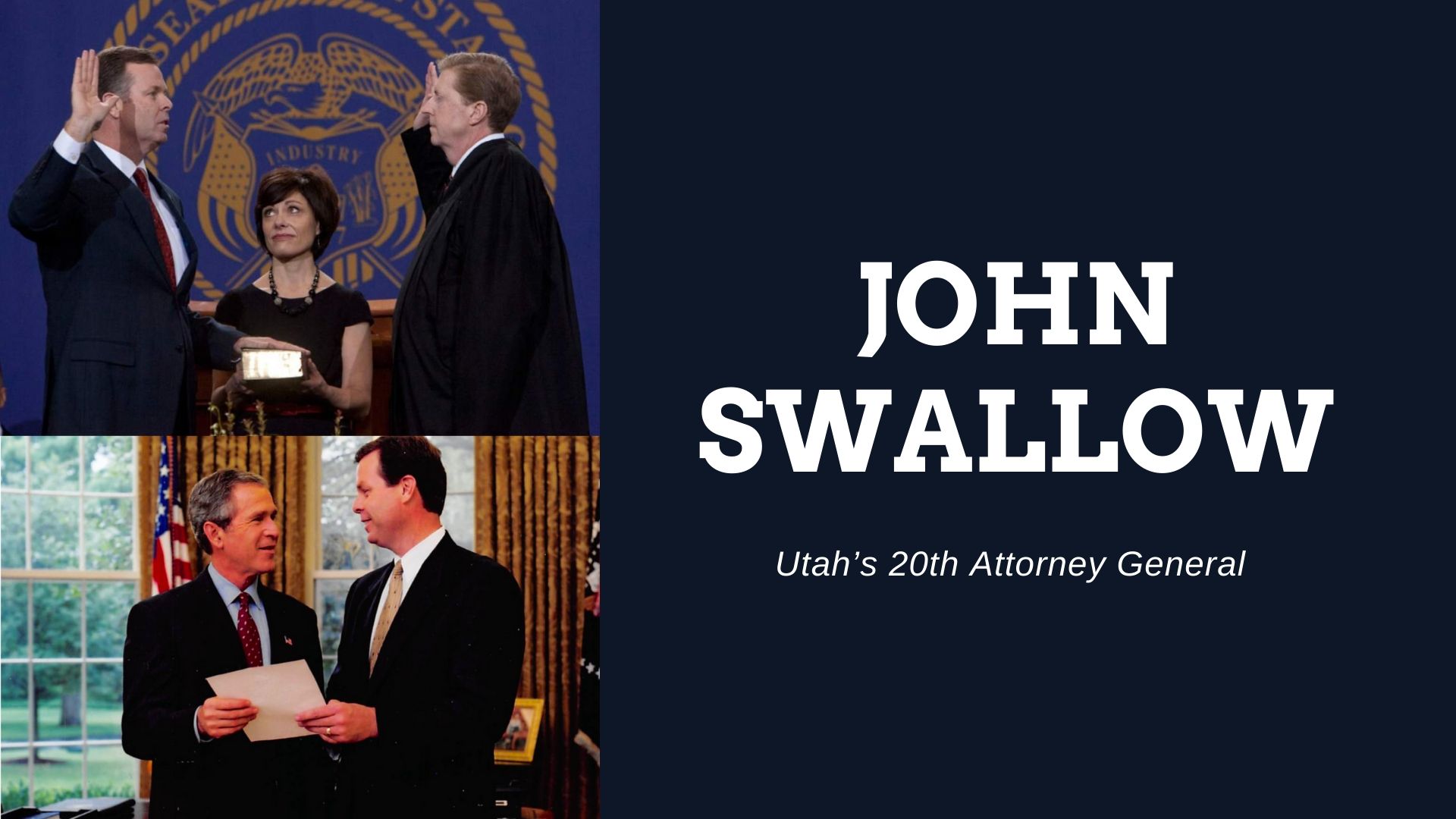 On January 7, 2013, John Swallow became Utah’s 20th Attorney General. His service was cut short by false allegations fed in part by political opponents in high positions in government. In his brief 11 months as A.G., John led the reorganization of his office to add a general counsel and improved policies designed to protect the office from false accusations. He also envisioned and led the introduction of what would become known as the SafeUT App, a resource designed to protect students from harm at school.

John’s focus was on protecting Utahns from crime and federal encroachment.