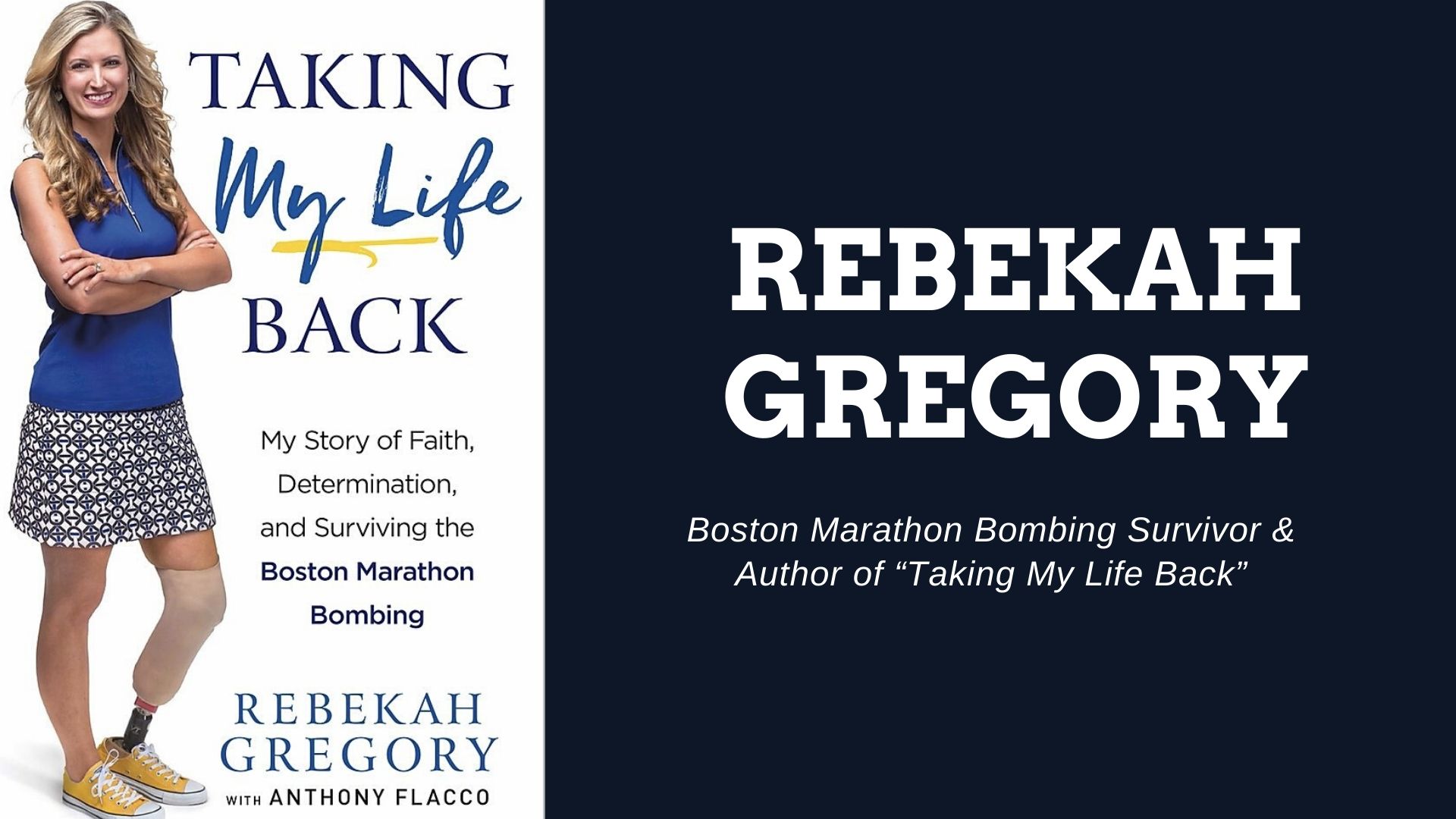 Rebekah Gregory and her five-year-old son waited at the finish line of the Boston Marathon to support a friend who was running. When the blast of a homemade bomb packed with nails and screws went off three feet away, Rebekah’s legs took the brunt of the explosion, protecting her son from certain death. Seventeen surgeries and sixty-five procedures later, she finally made the decision to have her left leg amputated.

The story of her remarkable recovery–including her triumphant return to Boston two years later to run part of the race and her participation in the trial of one of the terrorists–and explores her comeback…taking her life back.